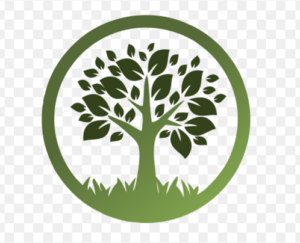 The date was April 10, 1872. In Nebraska, a unique, statewide celebration was underway. With prizes offered to both individuals and counties, participation and enthusiasm were high. It was a day that would leave a lasting impact not just in Nebraska but across the United States.

This was the first Arbor Day.

Arbor Day was an idea developed by J. Sterling Morton, former Secretary of Nebraska Territory. Morton was a tree enthusiast and advocate for the planting of trees in a state that severely lacked them. According to estimates, the first Arbor Day resulted in the planting of more than 1 million trees in Nebraska.

Arbor Day was officially proclaimed in Nebraska in 1874 and became a legal state holiday in 1885. The idea soon spread throughout the country, and by 1920, more than 45 states and territories celebrated it. Today, Arbor Day is recognized in all 50 states.  Municipalities, civic organizations, and individuals agree that trees, green spaces, and parks are essential to our communities. Trees help to clean the air by absorbing pollution, and the shade they provide helps keep cities cooler by reducing the heat island effect. Parks also help combat flooding by absorbing excess water that would otherwise pool on streets and sidewalks or overwhelm storm sewers.  Simply put, when you plant a tree, you’re not only beautifying the community but also helping Mother Nature thrive. The social and economic benefits will pay off big, particularly in the long run.

Getting Back to Nature

One of the many dramatic changes brought about by the COVID-19 pandemic was the necessity to practice social distancing and avoid large indoor gatherings. As a result, people showed a renewed interest in getting back to nature and spending more time enjoying the great outdoors.  As the pandemic had a tight grip on the world in the fall of 2020, former senior vice president and director of national programs for the Trust for Public Land (TPL) and 2002-12 New York City parks commissioner Adrian Benepe said, “It’s a great paradox that parks have never been more used or appreciated than now. Everything else was shut down, and parks were a last refuge.”  That’s not to say wooded parks weren’t important before the pandemic and won’t be once it ends. Nature areas have always been and always will be valued by residents for their physical and mental health benefits.  Studies have found that using a park can lower the risks associated with stress, obesity, respiratory problems, cancer, and diabetes. In addition, increased exposure to green space has also been linked to higher cognitive abilities, reductions in aggressive behaviors, and a stronger sense of community.

Municipalities face two major challenges associated with parks and recreation: providing equal access to all residents and having sufficient funding for projects.  According to an article by the Brookings Institution, the size and location of parks can vary greatly from place to place, and a third of Americans in the 100 largest cities are more than a 10-minute walk from a park. City residents may also remain disconnected from parks depending on their income, education, and race.  It’s clear that many cities need more parks to fill the gaps in underserved communities. Of course, establishing parks comes with a high price tag and typically doesn’t occupy a top spot on a government priority list. But what if significant savings could be realized in a section of the operational budget? That money could be reallocated to parks and rec projects.

Allow us to share a scenario from the area we know best: manhole rehabilitation.

Ladtech’s high density polyethylene manhole adjusting rings come with a 30-year warranty and 100-year life expectancy. That’s longevity traditional concrete rings can’t touch. On roads that experience heavy traffic plus freezing and thawing periods, mortar and concrete break down. Those manholes need to be rehabbed frequently, sometimes every 3-4 years. Costs add up in a hurry if, for example, a manhole costs $1000 to rehab. Multiply that by however many manholes are in the city. That’s the cost the city will need to budget money for over the span of every 3-4 years.  However, with HDPE manhole adjusting rings that last for decades, just think about long-term cost savings! The budget dollars that typically are set aside for rehab could be reallocated for other uses, including for the parks and rec department: improvements to existing parks, establishment of new parks/botanical gardens, new playground equipment, new walking trails, tree-planting efforts… the list goes on and on!

When you consider the long-term potential, say 25 years into the future, the city could be drastically improved and beautified. It’s the kind of transformation most citizens would gladly get behind.